A Pensacola Tradition since 1938

Bailey’s has been bringing the finest in fresh fruit and produce to Pensacola for over 80 years.

To help many of you during this time, Bailey’s is now offering full, curb-side service with a personal shopper and a dedicated line. Simply call 850.332.6338 and give us your order. We will personally select your items and bring them to your car and handle payment when you arrive. You never have to leave your car. For this service, we will charge a nominal fee. However, if that fee causes any financial hardship, just let us know. We are doing our part to keep you safe and your household stocked with fresh fruit and vegetables. 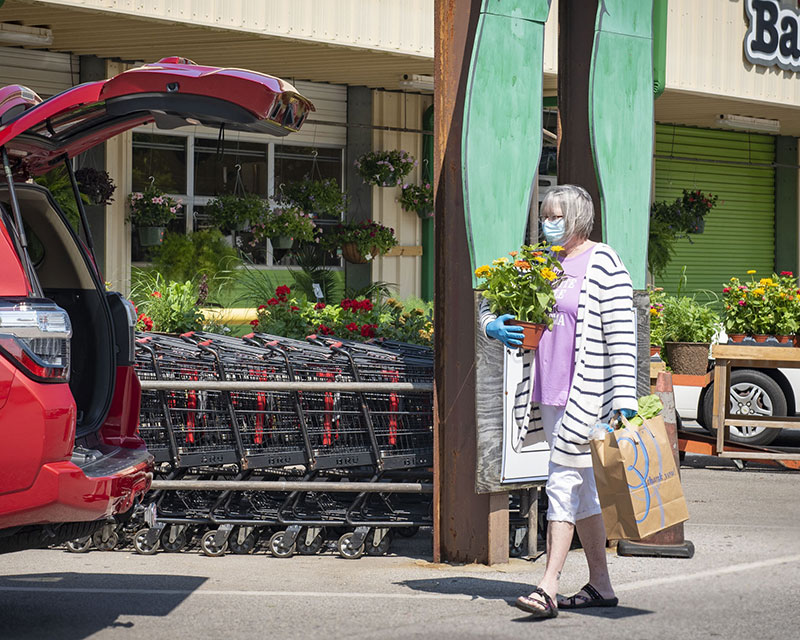 Keep up with what’s in season and new arrivals.

Bailey’s Produce, a Pensacola tradition, can trace it’s beginning to 1936 when Doc Bailey began selling crops grown on his family farm in Jay, Florida. He and his wife Helen opened Bailey’s Curb Market on Palafox Street in 1938. Their boys grew up working in the family business. Their son, David (Doc) and his wife Billie put these skills to work and later passed them on to their sons. In 1964 David and Billie open their market on the old unpaved Pottery Field road. Today we know that as Fairfield Drive. David Jr., Doug and Don worked alongside their parents to provide fresh fruits and vegetables to the Gulf Coast area. Don Bailey worked with his parents after graduating from college and become their business partner. In 2004 Bailey's moved to the current location at 4301 N. Davis Hwy. in Pensacola.

Today, Bailey's Produce & Nursery is committed to continue decades of serving Pensacola and the surrounding communities with premium products in both the produce area and garden center.